Wise words from Carl Sagan that are now even more true and important than 40 years ago….

The new pro-constitution parties managed to collect, against all odds, their 75.000 signatures required to run. This may be a sign that they can also achieve unexpected results in the elections and be a turning point for Italy and an example for other European countries.

160 deaths a day were not the “no-vax”, but they were ‘vaccinated’ and fragile people.

“The vaccines are dangerous”: this is how the judge of Florence reinstates the “no-vax” psychologist (Corriere della sera).
The news was a bombshell for all the followers of the WEF, WHO and Agenda2030.

Eva Vlaardingerbroek warns of the eradication of the our fundamental identities and rights in the whole western world, particularly in Europa. 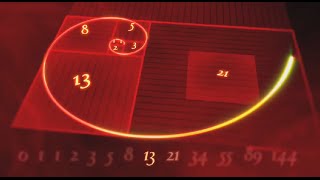 Naomi Wolf breaks down the shocking 55.000 Pfizer documents on the vaccine side effects from cardiac arrests, liver failure, and death. Pfizer and FDA knew but wanted to keep it secret for 75 years.

Robert Mark Buller was a US’s leading Orthopox Virus researcher conducted at least 2 rounds of Gain-of-Function research on viruses related to smallpox. He died in an accident.

Trying to solve the mysterious death of the second Secretary-General of the United Nations in 1961 Dag Hammarskjöld. As their investigation closes in, they discover a crime with far reaching consequences.

The first WHO false pandemic in 2009, the Swine Flu (N1H1), could only be declared after WHO adjusted the definition to its convenience.